There are very few people in America today who have not heard of the Cherokee Indian Nation. 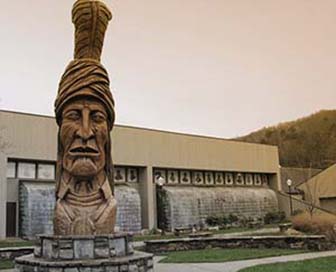 The Cherokee Indians were one of the largest of five Native American tribes who settled in the American Southeast portion of the country. The tribe came from Iroquoian descent. They had originally been from the Great Lakes region of the country, but eventually settled closer to the east coast.

Despite popular folklore, the Cherokee actually lived in cabins made of logs instead of the stereotypical tee pee. They were a strong tribe with several smaller sections, all lead by chiefs. The tribe was highly religious and spiritual. When the American Revolution took place, the Cherokee Indians supported the British soldiers, and even assisted them in battle by taking part in several attacks. The Creek and Choctaw tribes also assisted in the battles on the British side.

Eventually around the 1800s, the Cherokee Indians began to adopt the culture that the white man brought to them. They began to dress more European, and even adopted many of their farming and building methods. In 1828, gold was discovered on the Cherokee's land. This prompted the overtaking of their homes, and they were forced out.

They had been settled in Georgia for many years, but were now being made to leave and find a new place to settle. This is the origin for the historically popular Trail of Tears, where men, women, and children had to pack up their belongings and find new homes, marching a span of thousands of miles. When all was said and done, about 4,000 Cherokee lost their lives on the journey.

The Cherokee Indian nation originaly lived in the appalachian mountains. 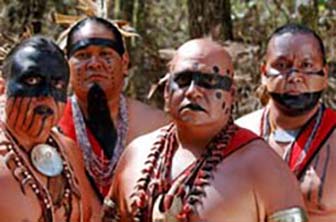 A fixture in American history, the Cherokee Indian Nation has a unique and proud heritage.

Though it was the Spanish that brought death and disease to the Cherokee Nation, the Cherokee Indians were blamed for the inability of DeSoto to colonize this part of America. An image was created of the Cherokee Indian as one of a vicious savage, and settlers who later came to that area of the country already believed this prejudicial notion. Though many old “westerns” portray the Cherokee Indian Nation as a heartless and cruel foe to the settlers, the actual fact was that it was mostly the other way around.

Today the Cherokee Indian Nation still survives as a proud and honorable institution, despite the hardships it was put through by explorers and settlers. Today, natives and non-natives alike enjoy Cherokee Indian ceremonies and events, and the Cherokee history and traditions are held in high regard.

The Cherokee tribes of east and southeast United States

Cherokee tribes are native to the North American continent. 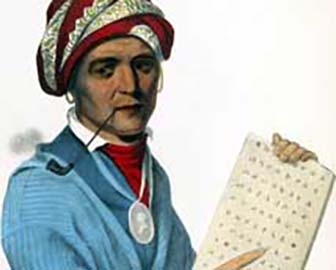 When the European settlers came over in the 16th century, the Cherokee Native American Indians were living in the East and Southeast United States.  They are one of five tribes known as the Five Civilized Tribes.  The other tribes were the Chickasaw, Choctaw, Creek, and Seminole.  They were considered civilized by white settlers because they had begun using many of the customs picked up from the colonists.  Overall, they had a good relationship with the other settlers.

Today, the Cherokee tribes who are federally recognized (Cherokee Nation, United Keetoowah Band of Cherokee Indians, and Eastern Band of Cherokee Indians) have their headquarters in Tahlequah, Oklahoma.  Cherokee tribes that are state recognized have their headquarters in the states of Georgia, Missouri, and Alabama.  There are additional Cherokee organizations throughout the United States including Arkansas and Tennessee.

In the late 1700s, white settlers broke many of the treaties previously agreed upon with the Cherokee. This caused some Indians to break from the Cherokee Nation and move west of the Mississippi to Arkansas and Missouri. So many Indians moved that eventually the government had to create a Cherokee tribe reservation in Arkansas.

You may have heard of some of the more famous Cherokee Indians. Sequoyah was responsible for inventing the Cherokee writing system. Making this more astonishing is that it was he did it single-handedly. Nancy Ward helped make major political decisions for the Cherokee and was regarded as a beloved woman. Jimi Hendrix, the rock guitarist of the late 60s early 70s was also of Cherokee descent.

Indians.org has been committed to, "Serving the Tribes, While Sharing the Culture" since 1995, dedicated to the preservation and accurate presentation of the rich culture of the American Indian, your generous support is greatly appreciated.
Click Here to give an online gift.